(Alternative name: Untitled App 520960)
Will be available for free as soon as it's released
FEAREA - dynamic battle on the military vehicles of the future. Smash! Capture! Destroy! The action of the 3rd person, where you have to become a pilot of ultra-modern combat vehicles. Take part in a large-scale space war of the distant future! 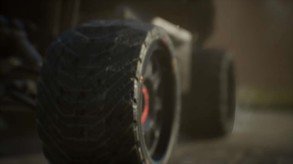